Jaime is one of the many builders that I have a lot in common. Besides building what we love, we don’t finish them in order that they were started in and we have plenty of them going on at the same time.

His latest build to come off the work bench is a nicely done Subaru wagon. I have a soft spot for this year of the Impreza WRX’s and I love wagons. So let’s just say, I’m loving it.

Let’s get to know some more about Jaime and his subby wagon.

“Let me introduce myself. My Name is Jaime Romano, I’m a Spanish modeler and I am 20 years old (about to turn 21) and I’m studying Mechanical Engineering.

I’m a Volkswagen (and other Euros in general, mainly VAG models) enthusiast… Well, more than a enthusiast, as I LOVE (and live) for VW, and just have VeeDubs in my mind.

Been building models for about 9 years, but still a newbie in most techniques and still afraid to clearcoat my models. However, after 9 years, I haven’t finish many models (finished a few modded diecasts tho) although I have like a gazillion started projects and ongoing WIPs, mainly Volkswagens and Euro models, plus a few Japs (where I’m “more allowed” to go nuts, as I don’t know what I’m doing). This might sound as an excuse, but the reasons for starting MANY models and not finishing them. One of them is because I’m such a creative person and the other I lose interest on somethings pretty quick. At the same time I buy models for a project that I have in mind for. But, that does not change the over all build time and it does seems to make things easier.

Here is the last model I finished, a Subaru Impreza WRX SportsWagon (GF6) and here is a list of mods of what I have done to it.”

Outside Mods
– Sprayed in Ford’s Vision Blue (8CPC) without the base coat.
– Custom Front Lip, based on different real ones.
– WRX Sideskirts and rear bumper lips.
– US Sidemarkers on front lights, as well as orange indicators.
– Different US 2.5/RS details, as black sidemirrors, and black grilles.
– Mikawa License plates (Aichi Prefecture) with a Work Licenseplate support on the rear.
– Thule Roofbars (waiting some Skis and racks to be fitted)
– NotFromStock and WORK decals… 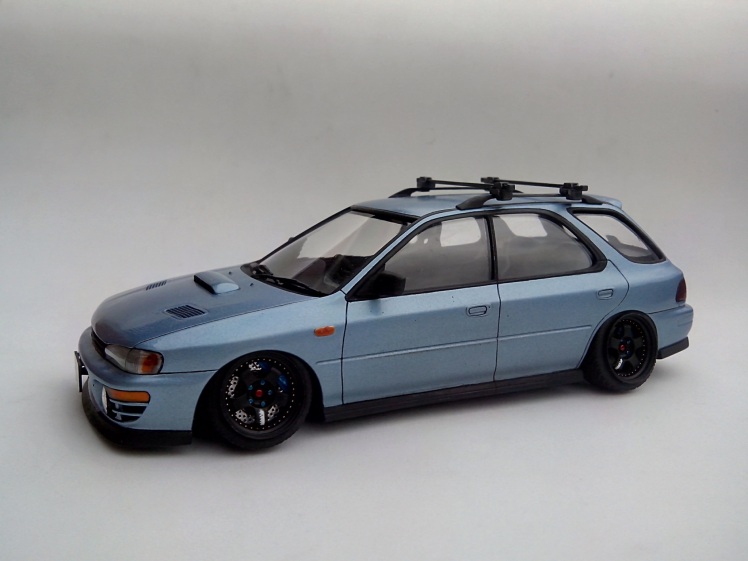 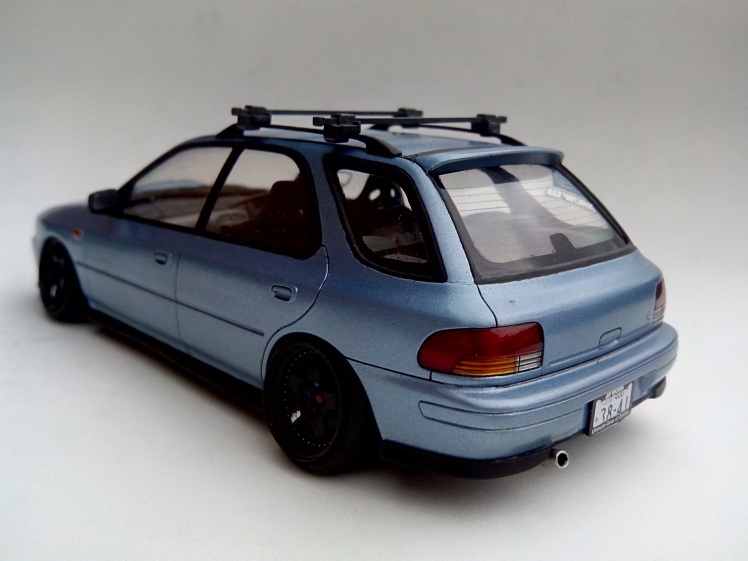 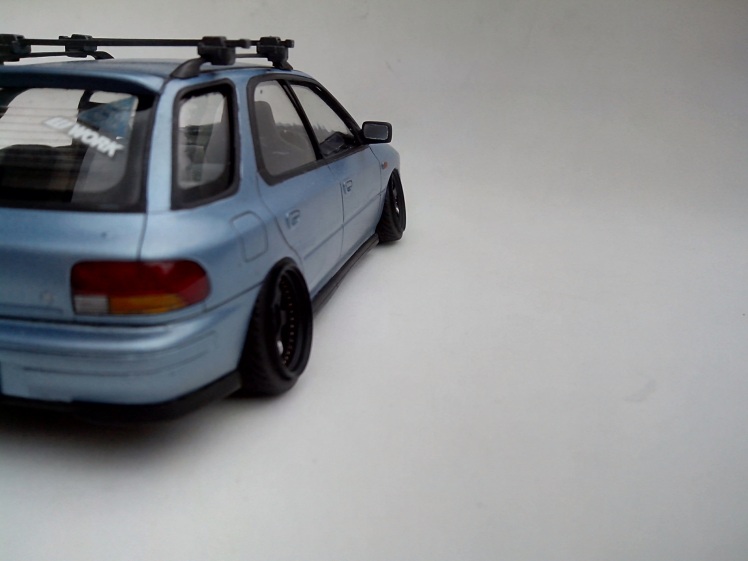 I’m the co-founder of the modeling page “Not From Stock”, that started as a small project between me and my boy Nacho (now we added another two friends to this project), and that over the year we’ve been on air, has featured many modelers from most places in the globe (including some awesome ones from this page) and that stand up for their quality.

We are proud to say that we’ve met some of the best modelers in our “small” world and we’ve been asked to feature some of the most insane and perfect models seen in the moment online, and as a fellow page, we’ve been supporting 12Twentyfour since it’s beginnings! 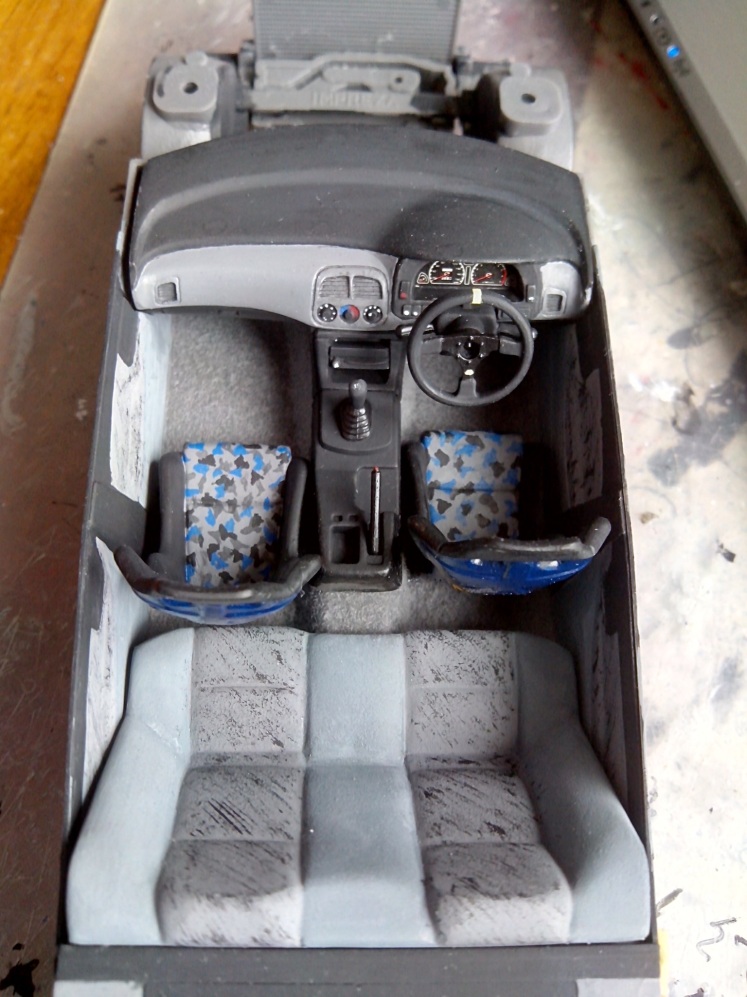 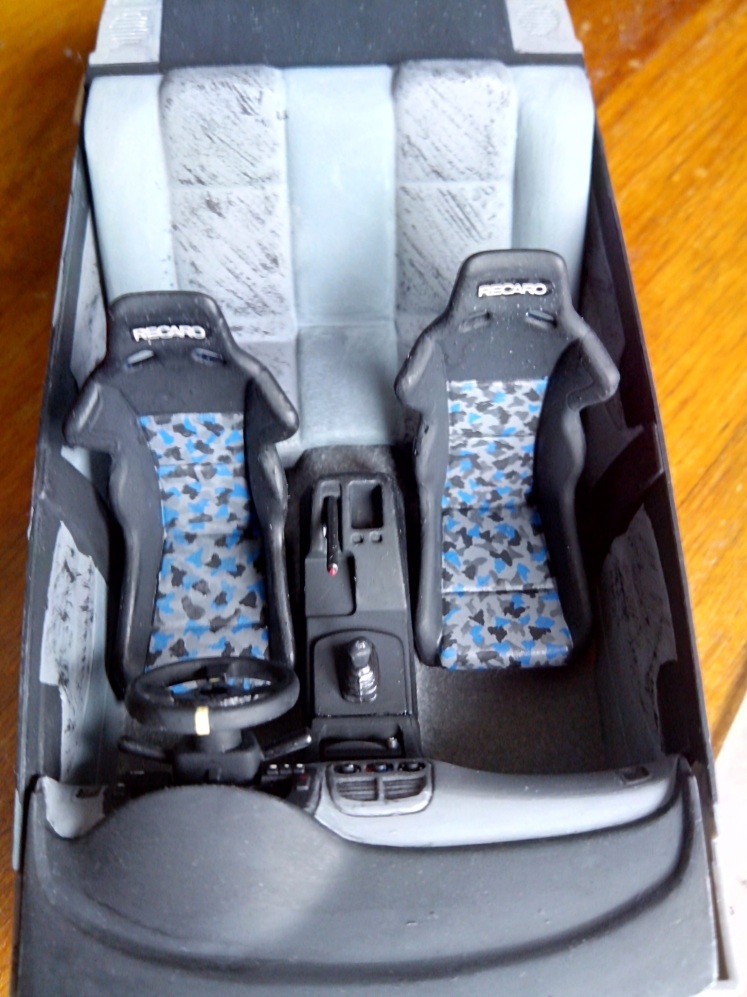 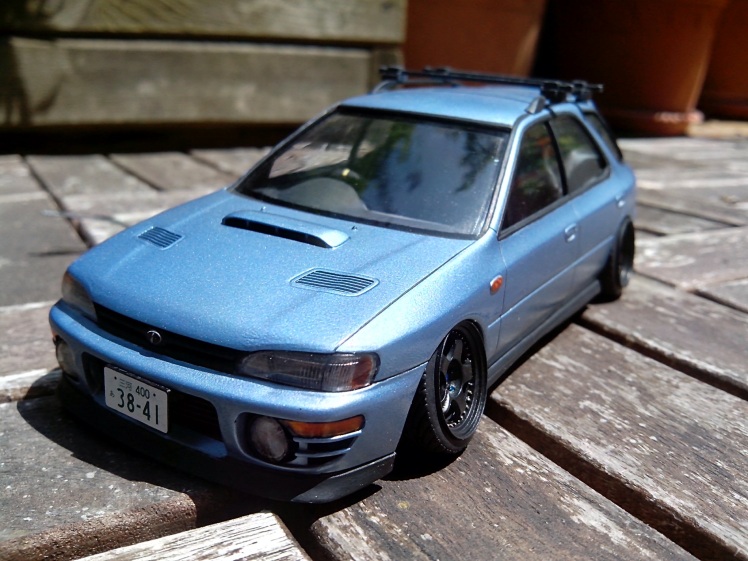 “Thanks so much for this opportunity of being in an awesome page as is 12Twentyfour.”

Thank you Jaime for giving us the chance to feature hour build. Look forward to more in the near future.

Thank you for stopping by.