Hi, my name is Luis. I’m here to do a quick review of the Aoshima TE71.

Here we have the latest release of the Toyota Corolla 1600gt from Aoshima. This time around it’s the early sedan with the quad round headlights. This kit came out after the KE70 kit. The KE kit was so sought out for, that aoshima released it several times. And with each release, they were sold out. Aoshima must have been listening to the people as many requested the TE/early version to be made. This is Aoshimas answer to builders. 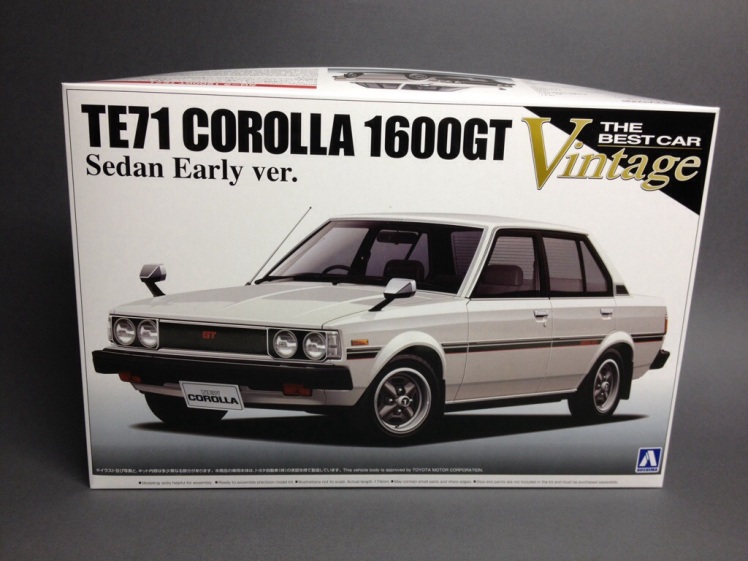 Upon opening the box, you’ll find yourself with several parts. The body, interior pieces, chassis, clear glass and suspension are all the same as the KE kit. The parts from the KE kit are still included. So in reality this kit is like a 2n1 kit. You either build it as a KE or a TE, round light or square lights. Which makes it kinda cool. 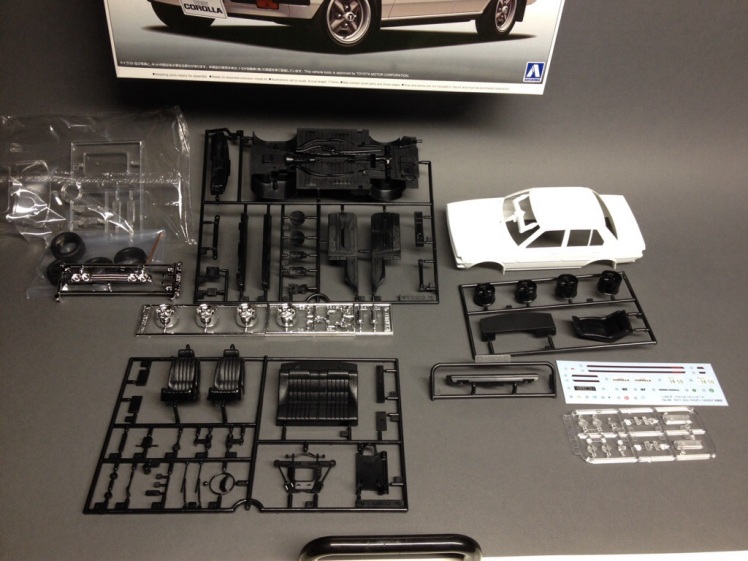 Here you see the two different bumpers. The top one is the KE70 and the bottom is the TE71. There are some differences between the two. The license plate is located underneath and the turn signal lights are better detailed. 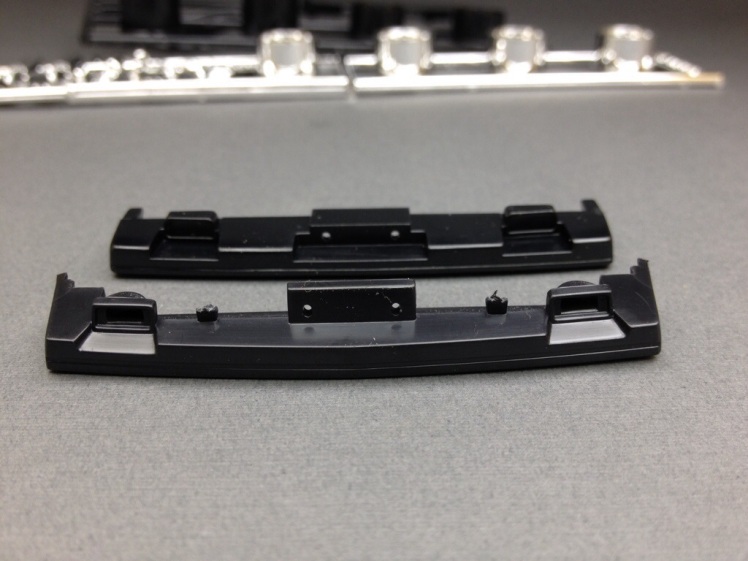 This version comes with a set of 13″ Toyota steel wheels but also included are the chrome TRD rally wheels. 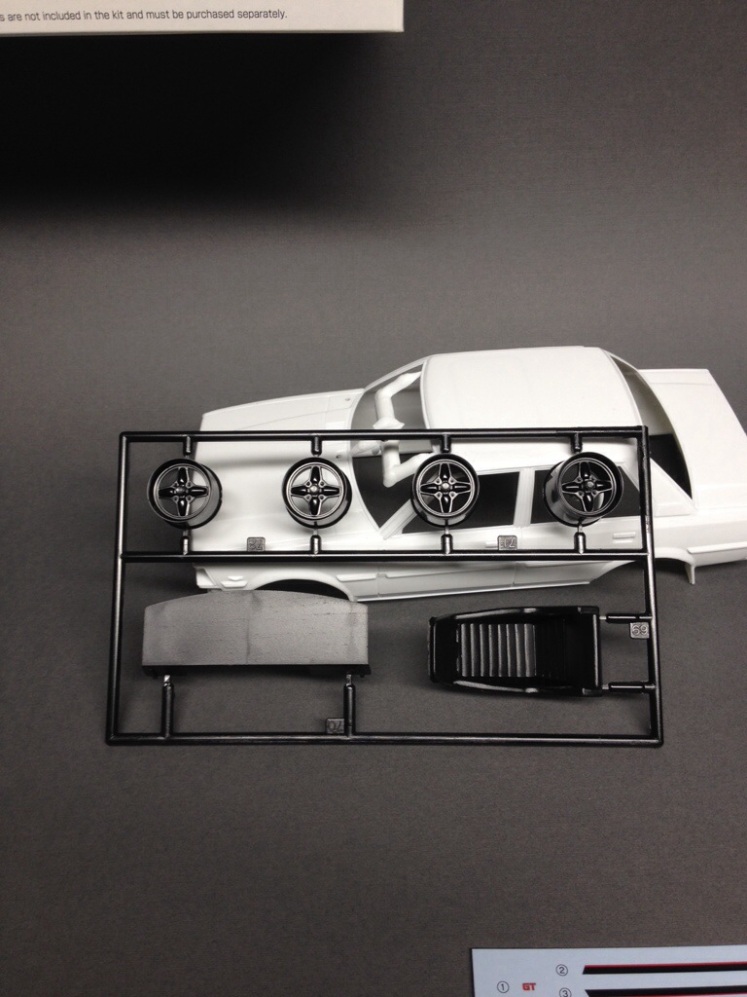 Here at the clear parts trees for the headlights. Top are for the KE and the bottom are for the TE.

A closer look at the front lights. The round lenses are some of the nicest ones I have seen in a long time. They are a pair of low beams and a pair of high beams, so attention to how these go on is crucial. The corner light and turn signal lights are nicely done as well.

Hear are the tail lights. Again, nicely done. The pattern of the reflector lens’ are very accurate to the real thing and will look reply nice when painted with transparent red.

The decal sheet is really nice with the addition of the “new corolla” vanity plates and the early version dash gauge cluster. 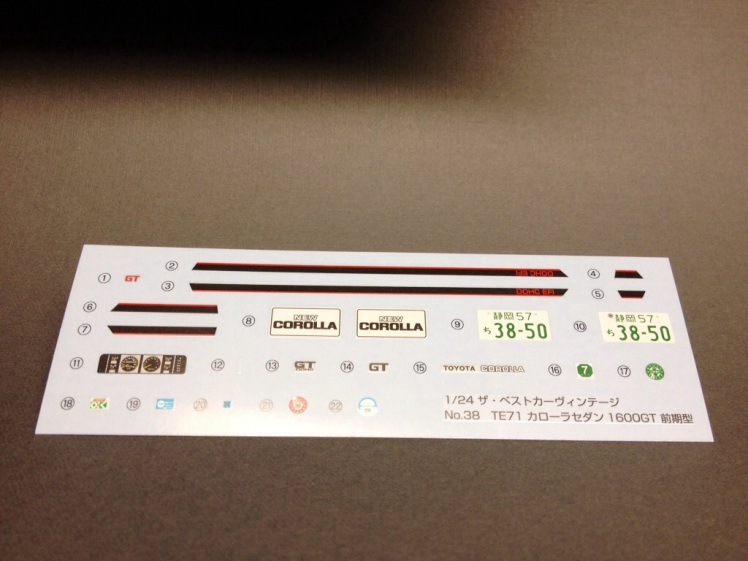 Now, the most important piece that makes this kit a quad light. The grill and head light set up. It’s nicely done and the grill pattern is spot on. The chrome is very clean and has good reflection. There is a minimum amount of clean up needed. 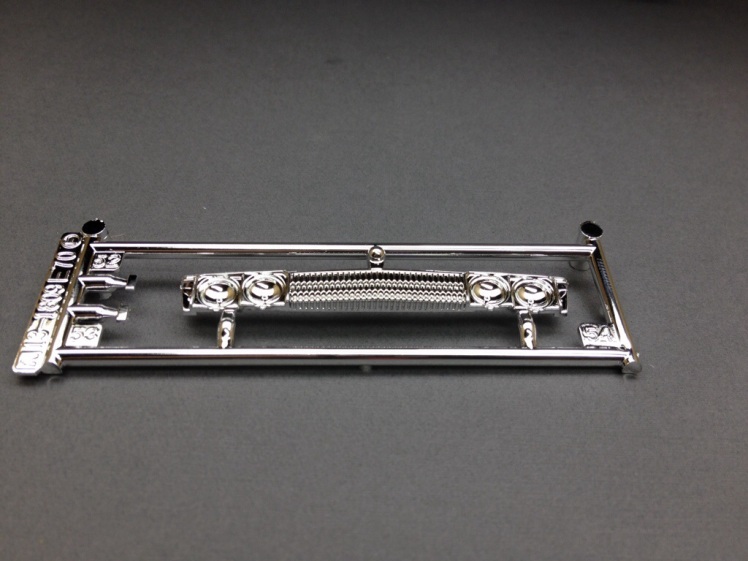 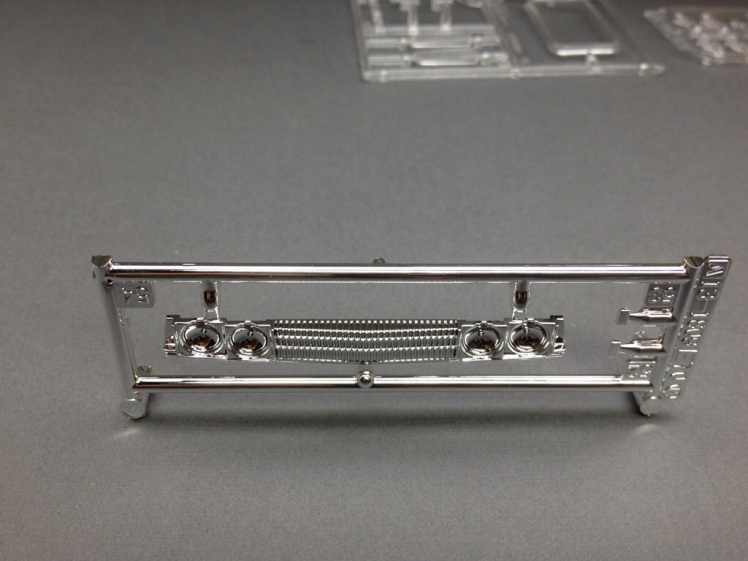 The additions to the kit are nicely done. Parts have very little to no flash on them. There is a bit of clean up needed on the body.

This is still old tooling from the 80’s, so the chassis is still motorized style. No clean chassis details and some of the interior detail has been affected by it as well.

Stay tuned for part 2, “The Build” where I’ll walk through on how to to do the TE set up as there are some mods that need to be done to the body in order to fit the quad light grill and a deeper look into the details of the kit itself.

Thanks for stopping by.