Well this build was a big surprise. Yes 1013mm has commisioned me to build a replica of his awesome BMW 135i.For more on the check it out here: http://1013mm.com/blog/2012/03/my-bmw-135i/ . Since BMW 135i models only come in die-cast this had to be a diecast build. Currently the car is still on its way but the awesome wheels from Uli Nowak have arrived already. Unfortunately the wheel that is currently on the car is not available but a previous wheel was chosen for this build.  If anybody love die-cast Uli Nowak wheels are the way to go. They are extremely well made. Keep your eyes peeled for more soon. 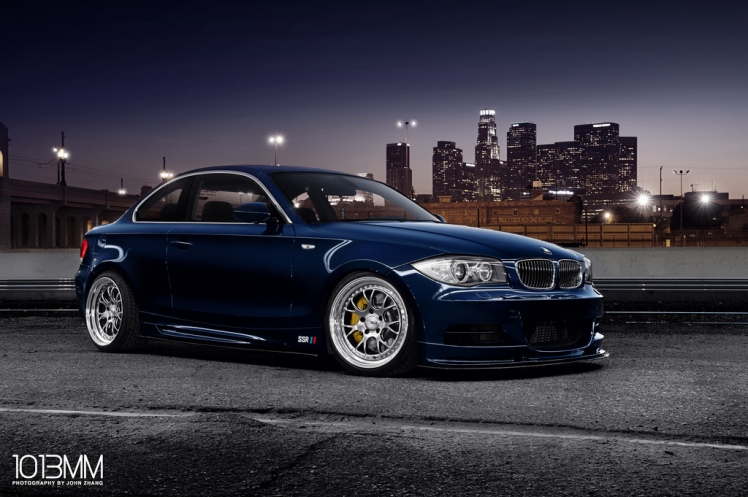 So its been a while since I updated the blog and this thread. I have been waiting for the 135i to arrive and it finally has! seems like 2013 will be starting with a bang. First thing I did( i just couldn resist) is popping on the wheels for a sneak peak. So here we go.. 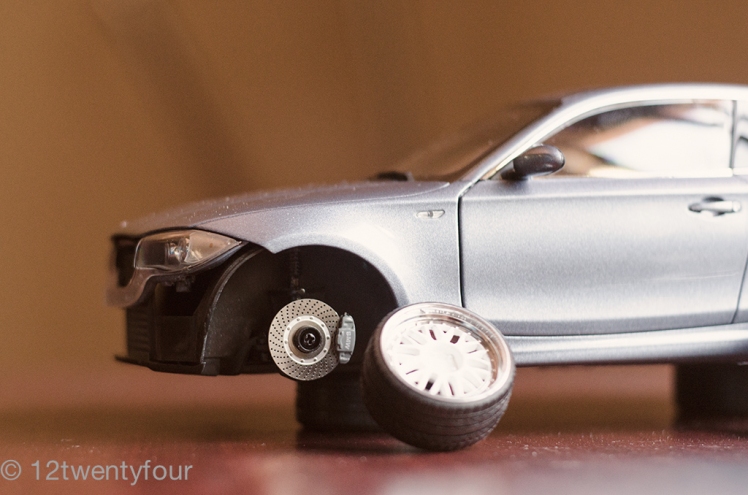 Ok heres a few more updates. Got the front and rear brakes done just need to sort out the suspension once the wheels are done. 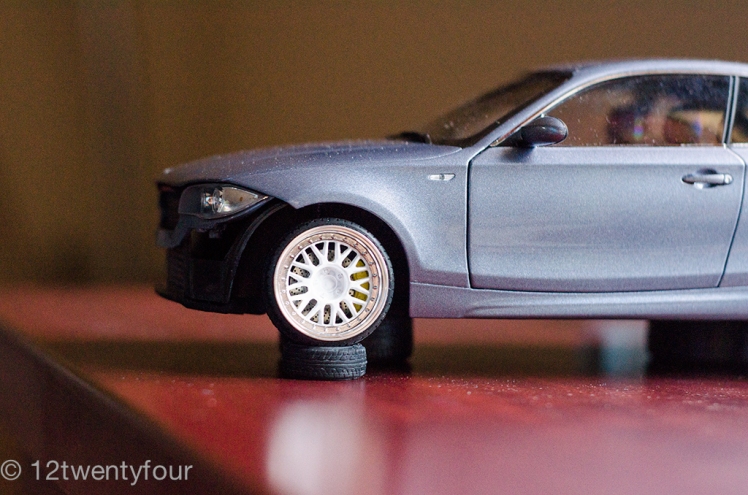 I also started on the rear bumper. its a fiddly job but not too bad. 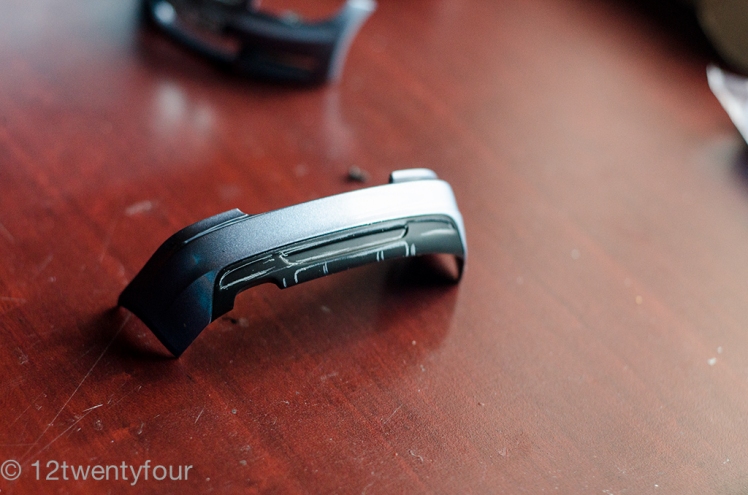 Heres a little video I made last night hope you enjoy it.

Ok it has been a very long time since i updated this build here but that does not mean I haven’t been working on it. Lots has been done since the last update. One of the big mentions is that Johns friend Chris has jumped on board too with his 325I bmw.

please do excuse the quality of the photos as most were taken via cell phone.

This is the car that was to built

So this is the 325I when it arrived

I immediatly started working on the front bumper as the model was the older 325I and the build required the sport pack front. 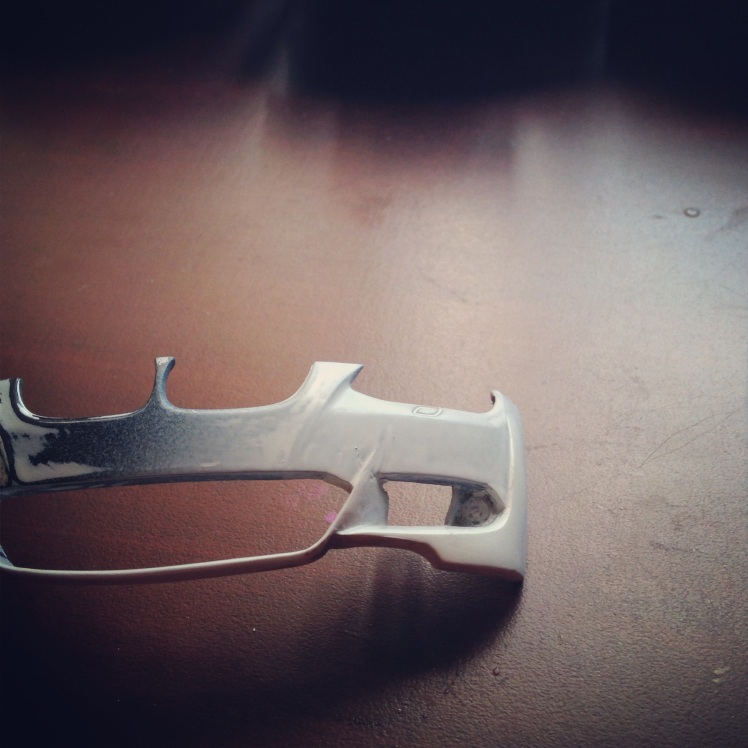 As I started getting the front in shape I started work on the rear bumper. While these bumpers look simple they were quite a stuggle to get correct as the proportions and symmetry are precise and dont allow for any mistakes. It is worth noting that each bumper had to be made three times before i got it right. 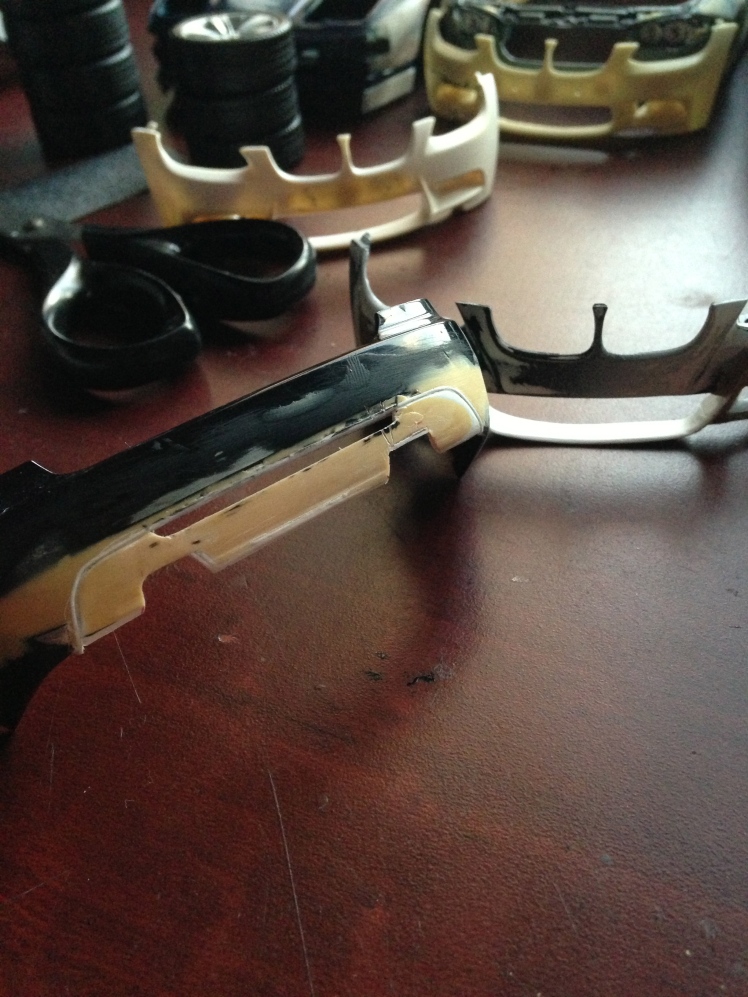 Just skipping ahead a bit as there was not much to show. Just lots and lots of sanding and filling was done. 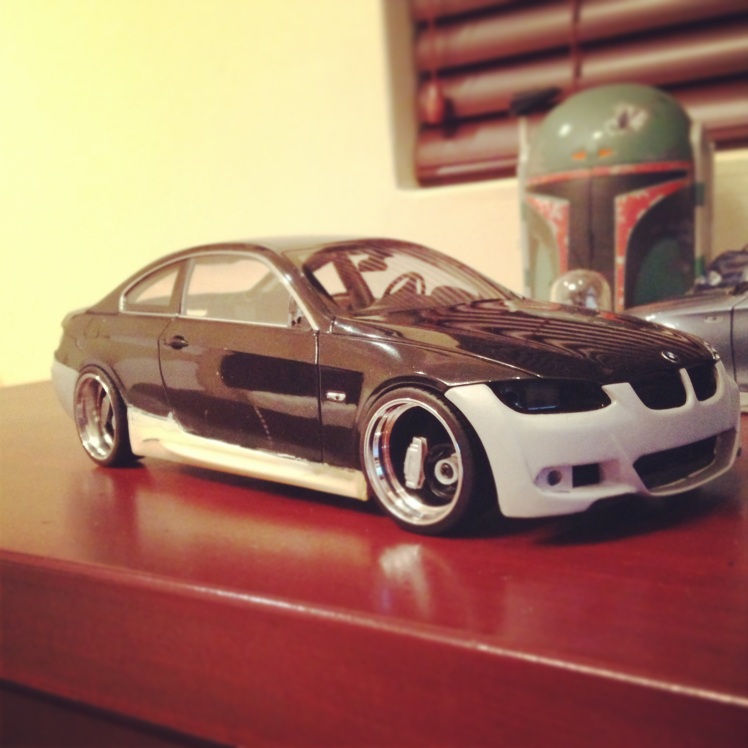