Team hobby approached me to do a special build for them. The kit was a Tamiya GTR with a Jet Model Amuse transkit. Iv’e seen a few of these built before and was a bit confused on how to make special in its own. I started looking at some interesting paint jobs found on drift cars and found a digital como pattern that caught my attention. I felt it blended itself well with the car. But instead of just adding different shapes and colour I decided to make a digital pattern using different shades of carbon pattern. It was a massive undertaking but in the end it worked out well.
The base kit is a Tamiya GTR with Jet model transkit. The wheels were modified and chrome lips were added. 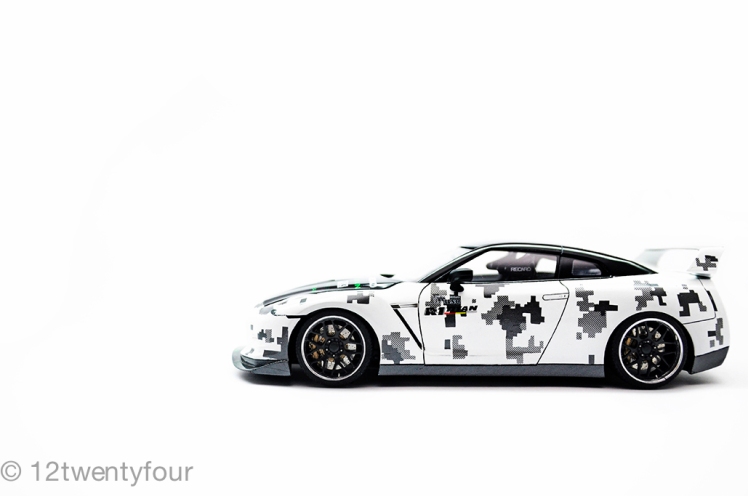 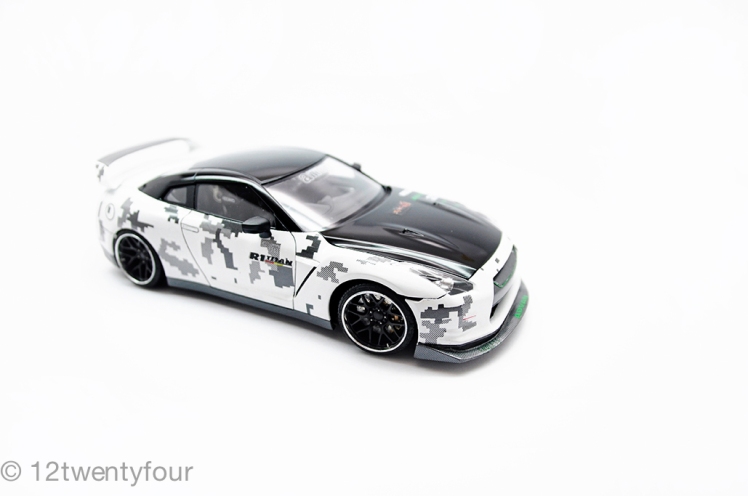